We were up at 6.00am woken up by Tooty the cat wanting to go out, but not today as we wanted to get away at 7.00am. After a cup of tea we left nice and quietly as so not to disturb the hangovers from last night. Just as we did it started to rain again, typical! So with Del under the umbrella we left Napton and its windmill behind us. 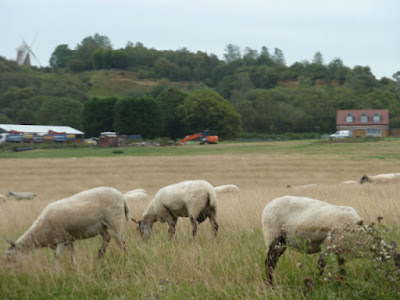 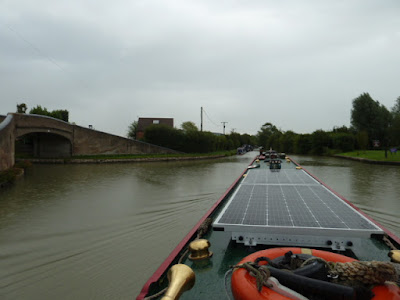 As it was only around 8.00am it was still rather quiet as the sun came out, but this was the plan as we wanted to get moored in Braunston. 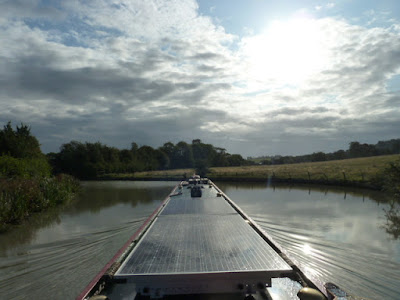 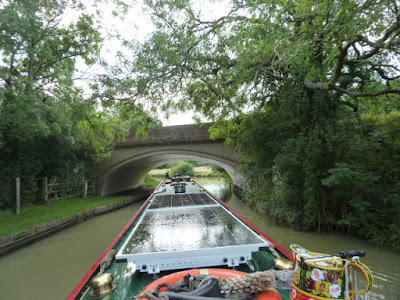 We only passed three boats as we approached the village and were very surprised to see loads of mooring spots when we turned up, where has everyone gone? 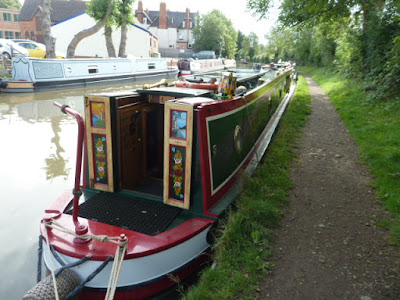 We sorted ourselves out and then Del did the brasses, while Al cleaned inside. At 3.00pm we walked up to The Admiral Nelson pub on the locks where there was a food and drinks festival with some live music, right up our street, but the sad thing we noticed on the way was the chandler's on the bottom lock had gone. When we arrived at the festival it was packed and a band was setting up. There was loads of eating places, Wood fired pizza's, Curry, Fish and chip wagon, wraps, etc. 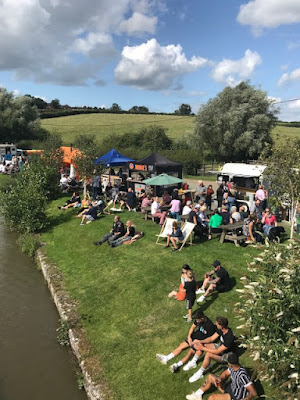 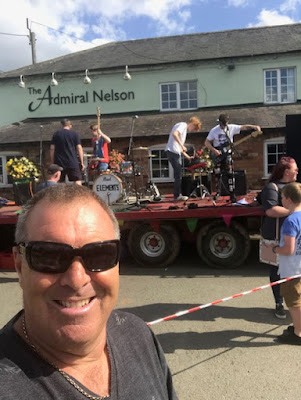 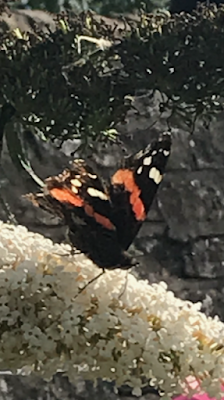 It was more beer in plastic glasses for us, which we were now used to, but first we thought it would be nice to have a rum cocktail as a warm up. 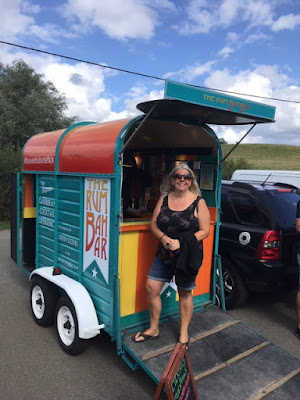 We found a nice spot on the bank, with the sunshine in our faces, right by the lock. 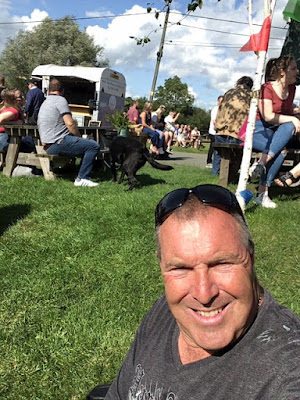 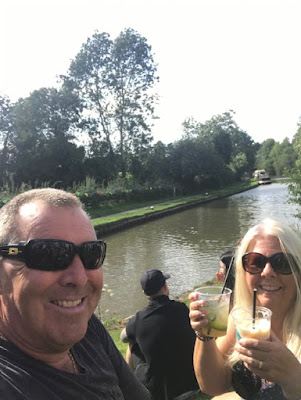 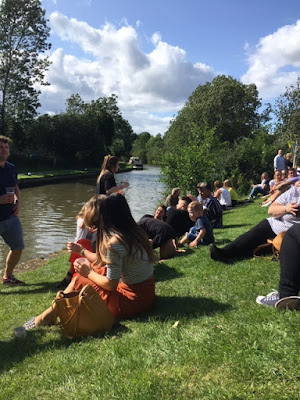 Again the smell of food gets you in the end and fish and chips won the day. You just can't beat the smell of the great British fish and chip wagon. At about 5.00pm the clouds came over and Del could smell rain (and if you remember Del did the brasses), so we found a snug spot inside. It tipped it down for about half an hour and the bands had to stop for a bit.. 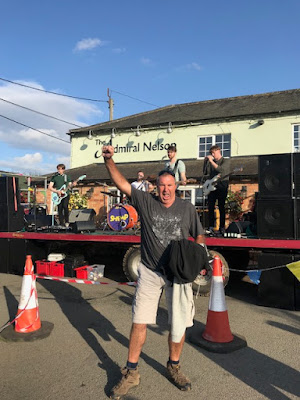 The sun came out again but it had just taken the edge of it and we felt we had drunk enough over the last few days, so we took a nice walk back as the sun set. 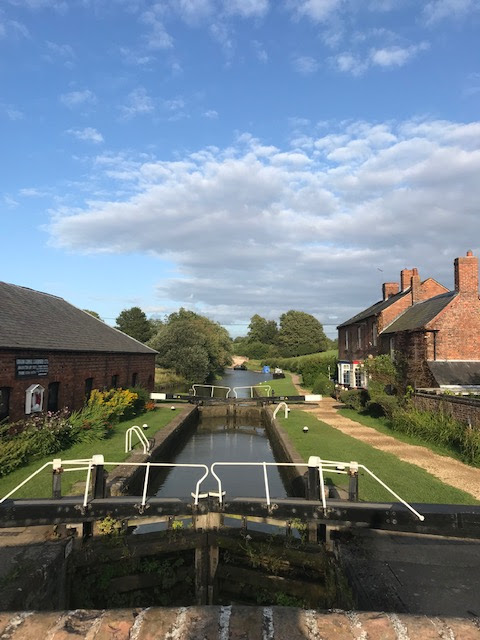 After a bit of telly we were ready for bed. Another lovely day!
Posted by Del and Al at 8:03 AM