Well we were happy to get to Napton and for getting a mooring. We were here for the Folly fest which was going to be held on Saturday, but also used the Folly pub for a meal on Thursday night. It is always busy here, and we didn't book, but managed to get a table as long as we vacated it by 7.30pm. This was ok with us as Derwent6 was just round the corner, but we ended up moving to another table to have desserts as they looked too inviting..
On the Friday it was a very wet day so we used the time to clean out some cupboards and Del did some rope work. He had been meaning to make up a nappy pin fixing so that when you moor up you can quickly fix the stern when taking the centre rope. It makes things a lot easier if you're on your own. 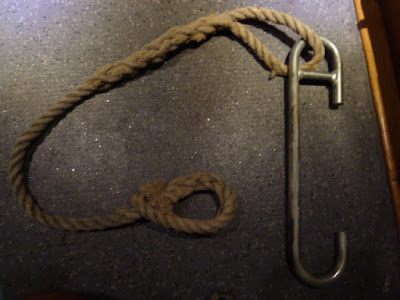 On Saturday Del wiped down Derwent6 after all the rain and then watched the football before we headed down to the Folly Festival. We could hear the music going and the smell of burgers through the hedge and it was like a big magnet. 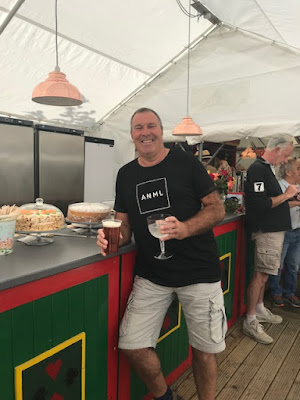 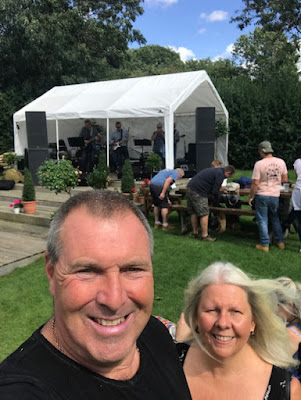 We got there at 2.00pm and grabbed a beer and watched and listened to the music, what more do you want in life. Mark, the pub landlord, had done a great job. Two beer tents, a gin bar, a cake and coffee area and the marquees were very retro with fresh flowers and the good old fashioned bunting. 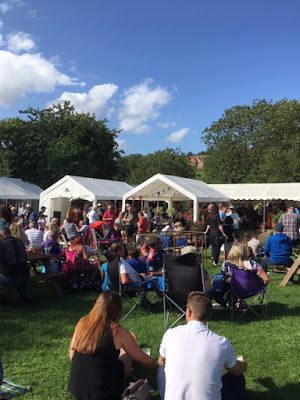 After just an hour and a couple of beers the burgers were too tempting and we were in the queue. It wasn't long before Mark was up on the stage for a bit of singing, and he was followed by his two sons, the Folly Brothers and their band. 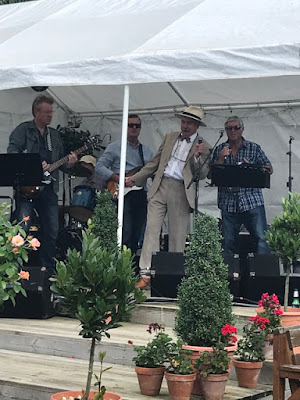 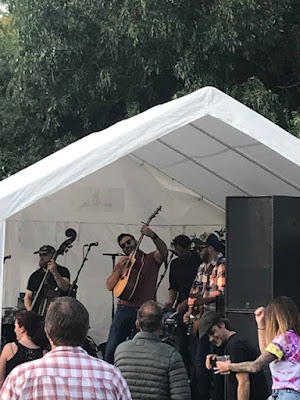 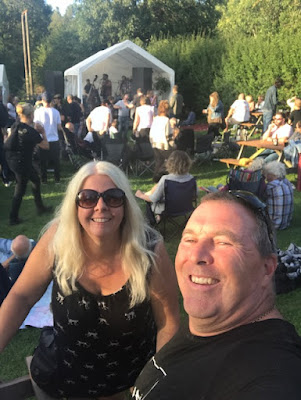 The whole thing was amazing and felt like round two after the Cropredy Festival. 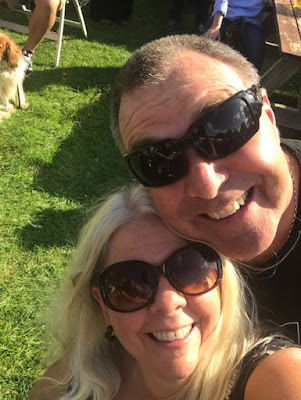 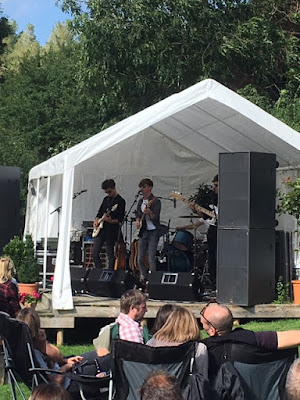 We joined up with loads of other boaters just out to have a good time, and we loved it. Everyone was saying it was one of the best ones they had had.. 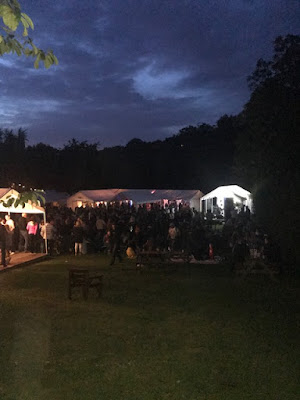 Well done and thank you to everyone including all the staff for a well organised event.
It was lovely just having the short walk back to Derwent6 and crashing into bed as we had another early start tomorrow for Round three..
Posted by Del and Al at 10:13 PM

I never realised that Mark could sing. Bet he was well oiled to be able to do that! I suspect Caroline was responsible for the flowers. Love the home triple cooked chips there, which are very rare in pubs nowadays. Went to the folk festival there in June or July, but very little actual folk music - mostly Abba and rock stuff from the 80's, so rather disappointing.