So getting back into things Del decided it was time to do the engine.  His arm was still hurting but he felt he could do it..
We were running out of time as we wanted to fix it whilst still on shoreline, and a cold snap was due over the next few days..
The job was to change the gearbox oil cooler and also a pipe which had rubbed through on the gearbox linkage..  This was hopefully going to stop the oil going into the engine coolant and stop Derwent6 leaking coolant when it was freezing conditions..
So it was covers off and get your hands dirty. The gearbox oil cooler came off a lot easier than anticipated but it was a very tight fit to remove the pipes. 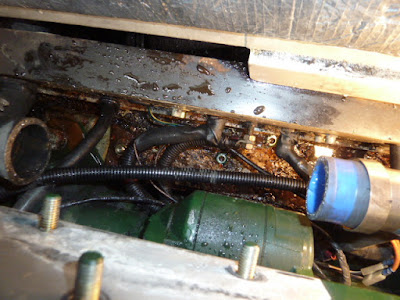 When you looked inside you could see the oil was mixing with the water, so we were on the right track. 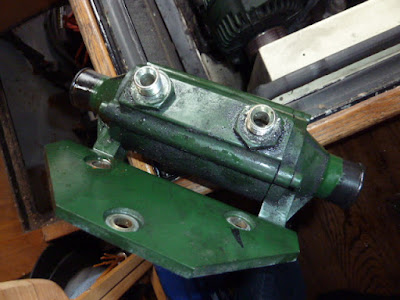 The first problem was that the holes didn't line up on the mounting bracket so a modification had to be made. 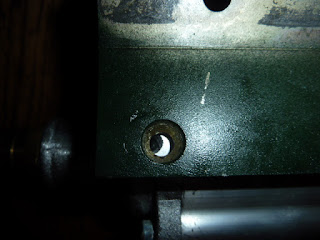 The pipes went back on easily and it was soon job done. It was very messy as the pipes were taken off, but in all it wasn't that bad to change. 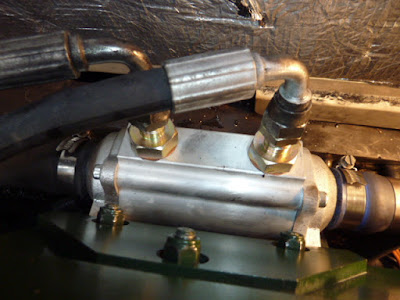 A new filler neck and cap were then fitted and then Del set about doing the rubbing pipe from gearbox linkage.. 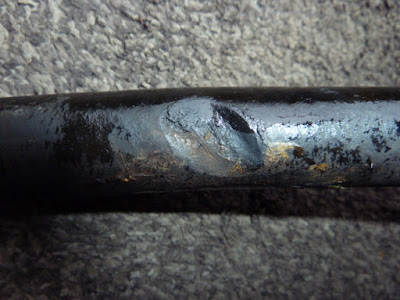 This was the calorifier feed pipe and it was difficult to change because of the Super Silent covers, (they do have a big disadvantage as well). Del ended up cutting off both ends and fitting a complete new pipe.. 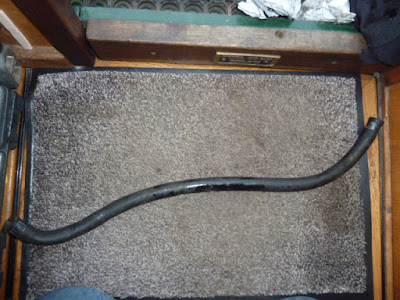 Derwent6 was then fired up and one and a half litres of anti freeze added as the engine warmed up..  Just as the thermostat opened it was topped up and turned off for the morning inspection..
Then the gearbox oil will be changed, antifreeze strength checked again and all the spilt water removed.. Just run out of light!
Posted by Del and Al at 4:22 PM