After a day of rain, us doing our paperwork, and going to bed early we were ready to make some progress today.
Del was up early and made the turn at Norton junction to head west. 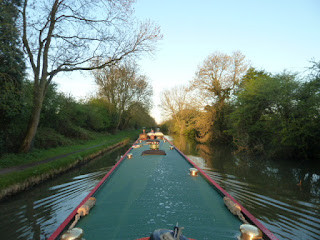 He reached the tunnel before Al surfaced and we had a clear run through before we got to the locks. 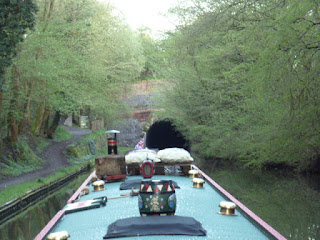 It seemed very quiet as we went down the flight on our own, having to fill each lock before we went down. 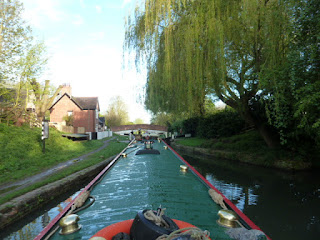 The sun had come out and the wind was light as we descended to the bottom lock. 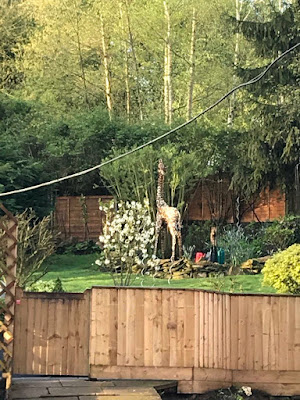 Here we used the time to go into the chandlers and pick up some touch up blacking and a filter. Two boats arrived as we got back, and we set off to Braunston Marina where we backed in to get a good rinse out on our pumpout. 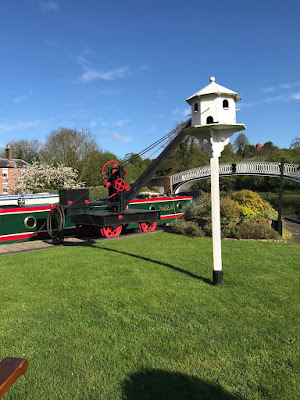 From there we went round to the water tap and got rid of our rubbish and filled with water. 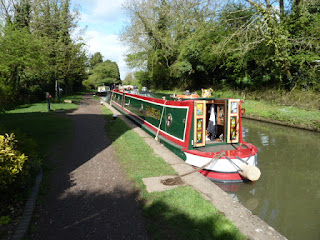 As we passed through Braunston it was empty and there were loads of moorings available. We think it might have been because of the Boat Share Show going on over the weekend. We pulled into the Midland Chandlers mooring as we had a rudder seal to change, and they gave us our money back on the wrong one we had picked up and we now have the correct one.
The wind was picking up and the clouds we coming in but we took a chance and pushed on to Onley. We passed about seven boats through this section so Braunston must be busy again.
We timed everything right because we just had time for some lunch and Tooty had a look around, before the heavens opened all afternoon.. 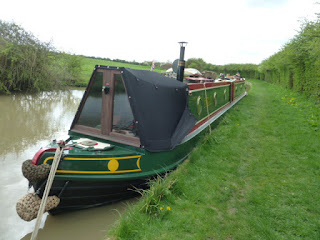 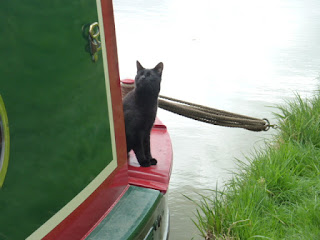 The boats kept coming past us, some at a rate of knots in the rain. We just bite our tongue sometimes and make sure Derwent6 is tied up real tight. I know they are getting wet but some people just don't have manners.
We chilled for the rest of the day and watched the football in the evening with a real sense of achievement after today's antics..
Posted by Del and Al at 2:22 PM