Back on the flooded cut

The next morning we were up early and getting a pumpout, coal and gas before we left the marina. It was then a good feeling to be moving again and Derwent6 seemed pleased to see us back.. Tooty had settled back on board and didn't even want to go out as he was used to being in his cat hotel..
The first thing we noticed was how flooded the towpath was and how full the canals were, there has been a lot of rain here.. 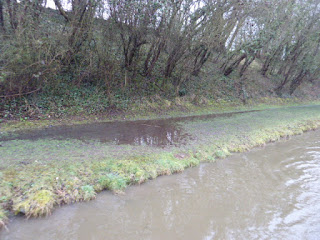 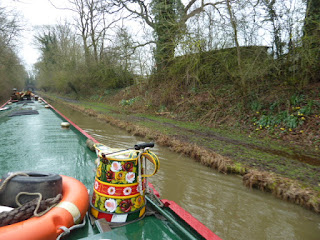 At Clifton it felt that not much progress had been made at the new bridge even though the canal had been closed for six weeks. 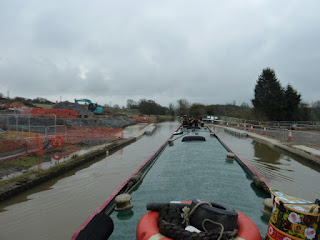 There were some new hazards to contend with. 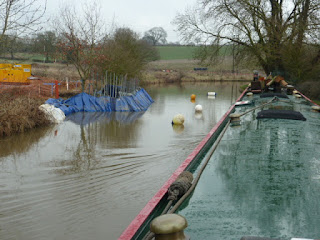 We could tell it was Easter with all the traffic passing us in all directions. We had to wait to go through Hillmorton locks with three boats in front of us.. 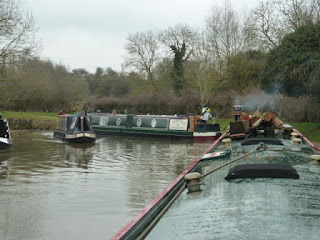 It was then clear to Braunston, which was busy and had a fallen tree to make things interesting.. 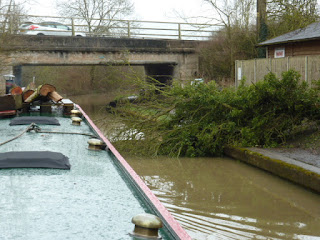 We then went up Braunston Locks on our own as it had seemed to quieten down for a bit during lunchtime.. 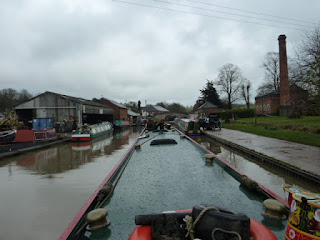 We moored at the top as it was starting to rain, where we chilled as we were still feeling a bit tired still adjusting to the time changes..
Posted by Del and Al at 7:40 PM

You think it’s flooded there, try south of Cropredy towards Upper Heyford lol, great to see you back

Thanks, there's so much water about but at least the canals should stay topped up for a bit