We both feel so good being back on Derwent6, you could hear the birds singing, and the splashing in the water the ducks were making... We didn't know what time it was and didn't care either.. We were encouraged to get up by Tooty the cat who wanted his breakfast.. It was a dull day but we wanted to move just to cruise again.. 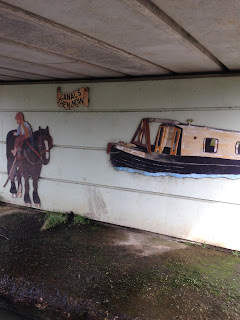 We left Clifton and made our way up to Hillmorton Locks where we were surprised to see the lock keepers working.. They had a school trip organised and were showing the kids how a lock worked, but as we got there they all had to go back to school, but the lock keepers locked us through anyway before they packed up, that was lucky! 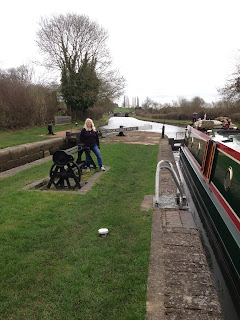 We got to the top and took things nice and slow, just as well because when we got to bridge 83 we meet a wide beam, yes you read that correctly, a wide beam on the Oxford. 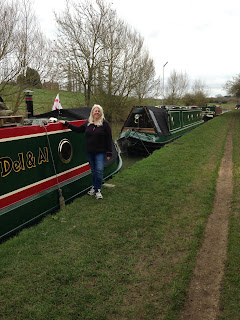 They had been told they could get to the Barby straight to turn round, as they wanted to see if they would be able to get to the new marina at Onley, they couldn't!!!! 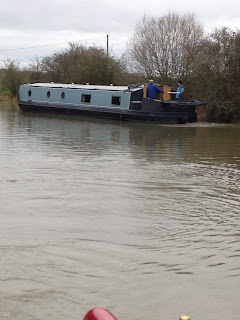 They had already hit the just repaired bridge and were thinking how do we get out of this one.. We told them, reverse all the way back to Braunston. We carried on and moored at Onley prison moorings where the new marina is being built..
Half hour later along comes this wide beam in reverse. 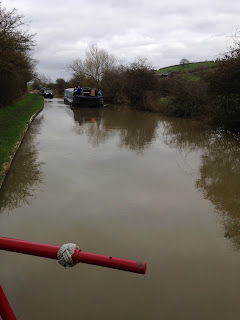 We tried to help by finding a wide section of canal but it was too shallow for their 60 foot boat.. 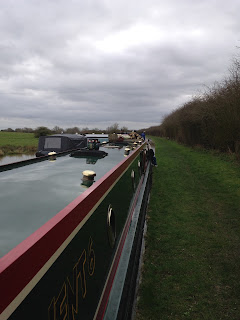 We said our goodbyes and they carried on reversing and we heard the scraping of the roof on bridge 82. 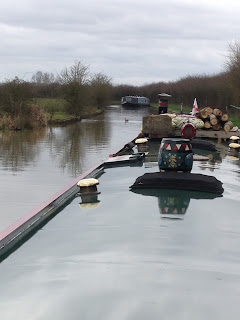 Shame, it was a nice boat, but our licence fee will be on fixing bridges up the Oxford if this carries on! 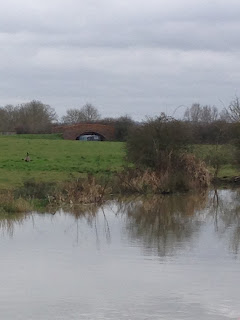 Al put her washing out and then we had a walk down to see how the marina was getting on. Blimey its a big site and will take a few boats.. Apparently it has fibre optic broadband and heated pipes to stop freezing through the winter!
Posted by Del and Al at 7:43 PM

Yes we agree many more wide beams have been launched in the last year of so.
It is a bit of a problem sometimes when you meet one coming towards you.
It's great to be seeing your blog up and running again so we can follow your exploits.
Ann and Keith

Thanks both, just didn't expect to see one up the Oxford lol