Going North on an Old Familiar

We seem to be in the 'get up early' mode at the moment. What with the chink of bright light shining through the porthole and the birds singing their heads off and Tooty rattling the window, you get the feeling that we might as well get up and join them..
We planned to top up with water before we descended down the lock, but a boat turning had the same idea and we had to wait for them to fill ahead of us. 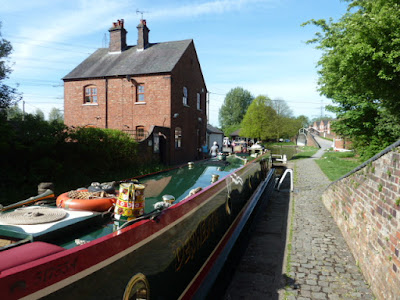 It was 9.00am time we got away and three boats were waiting to come up. We waited our turn and then turned back on ourselves and headed down the Coventry Canal. We soon got to one of our favourite boatyards at Charity Dock where there is loads to see as you go by, and you can never see it all.. 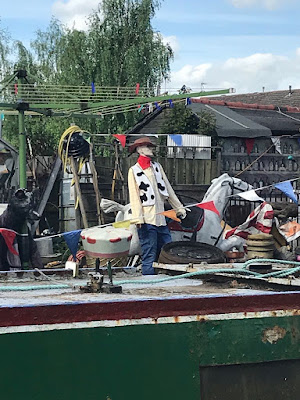 We then headed on to Nuneaton and we were very surprised on how cleaned up things were. Yes! it still had the odd football or shopping trolley and a little graffiti, but the surrounding areas were very pleasant with a lot of new houses built. Well done Nuneaton! 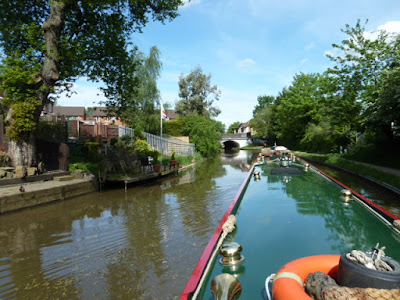 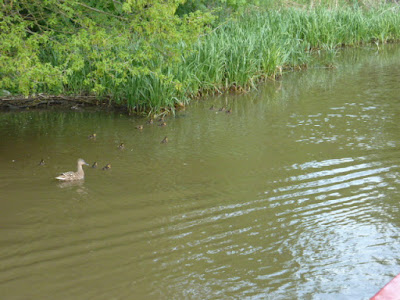 It was still a bit tight to get through Starline boats, who had a widebeam blocking the way, don't even know why this boat is on here as they are all single locks? 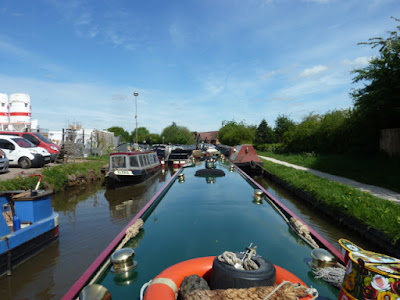 Here we saw a funny sky, look very closely in this picture, it looks like it is distorted, but those lines were in the clouds, weird! 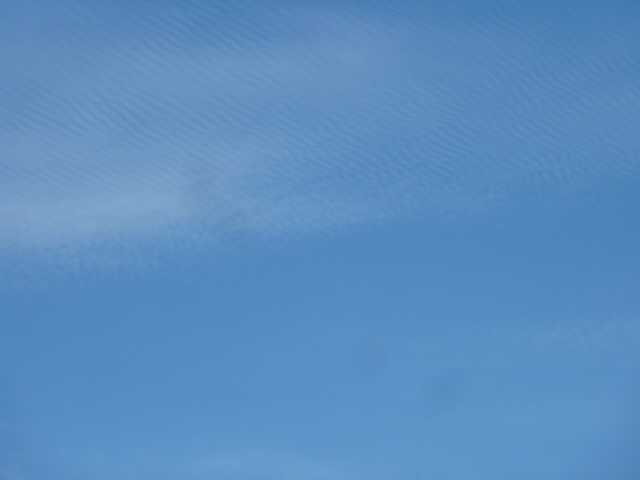 It is always nice to get back out into the countryside and we saw some familiar landmarks. 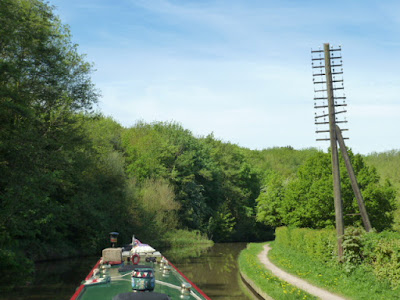 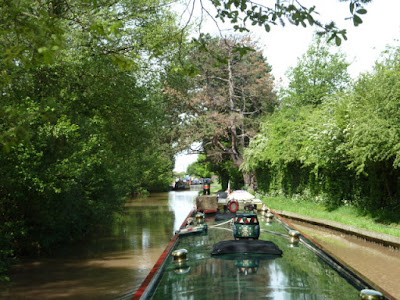 We got to Hartshill with is old British Waterways Yard, still a good feature on this canal. 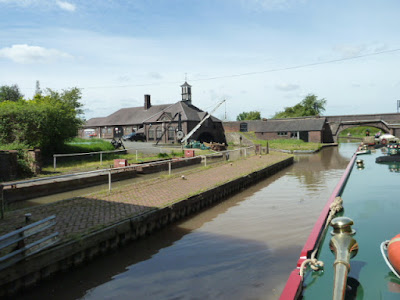 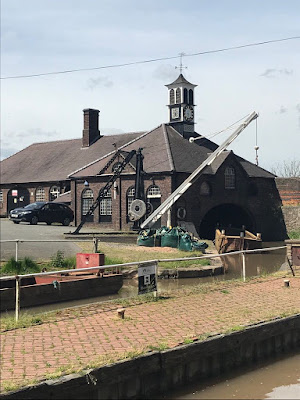 We found a nice mooring and pulled over. 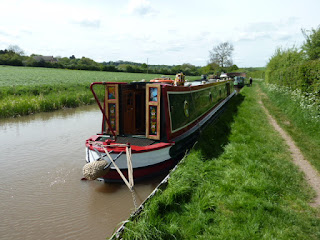 We then chilled for the rest of the day as the cloud had increased and so had the wind. It was batten down the hatches as we were expecting rain tonight.
Posted by Del and Al at 8:49 PM