Derwent6 around the world (VRM)

It was a light drizzle here at Woolhampton, so we decided not to move today. This gave Del the chance to fit his new bit of kit to the Battery management system on Derwent6. On the colour controller (CCGX) you could link this into the internet by using a Asus N14 network card. 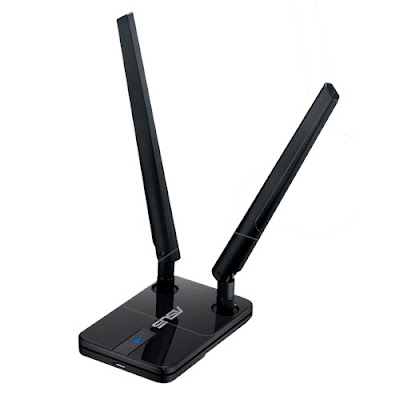 On getting it out the box the first thing he had to do was update the firmware on the CCGX from 2.1 to 2.31 so it had the drivers installed for the Asus network card.
Del had a problem with this as the firmware wouldn't download onto a dongle. It turned out to be a problem with Internet Explorer, because when he used Google chrome it downloaded very easy, but in the wrong format it turned out.. After changing it to notes it was plugged into the back of the CCGX and it showed the new firmware and installed it..
It was then a matter of plugging in the Asus n14 network card and linking it with our WiFi dongle and the CCGX screen showed we were connected. 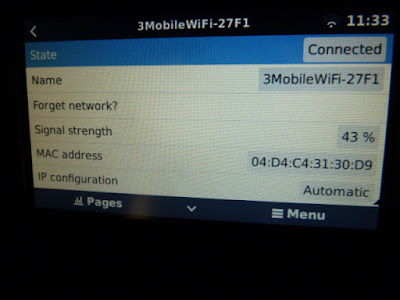 Del then fixed the network card in a position to get a good signal. 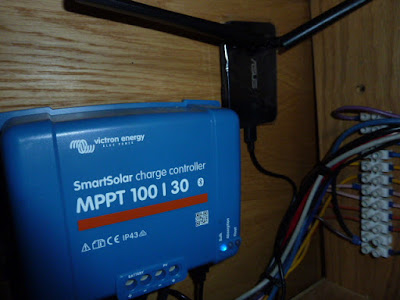 So we now could update the system when we needed to because it would automatically be downloaded on the CCGX.
The next thing we wanted to see was what the batteries and solar were doing from anywhere, anywhere in the world for that matter. So we linked Derwent6's Battery management system (BMS) in to Victron's Remote management (VRM) which would give us access by looking on our phones or any computer. After a few settings the systems burst into life and it did give us the Wow effect.. 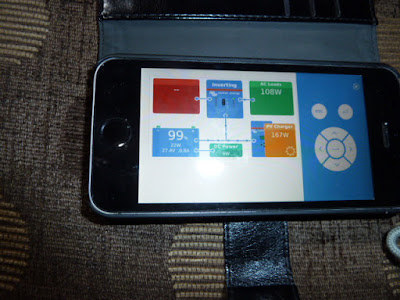 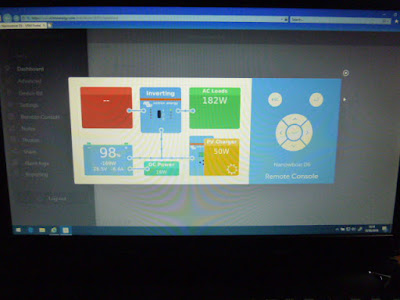 You get everything in a lot more detail and if a problem arises, its easier to spot. This screen shows what is going on with the Remote console. 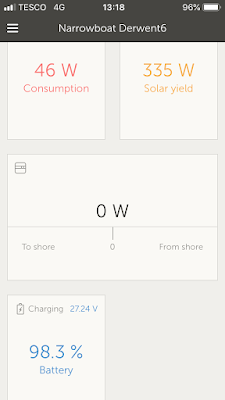 This screen shows the solar and batteries working together where over night the batteries are supplying the power and as the sun comes up the solar takes over. 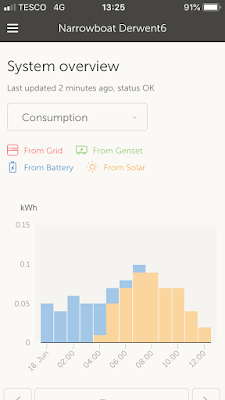 This screen shows consumption used and how it affects the batteries 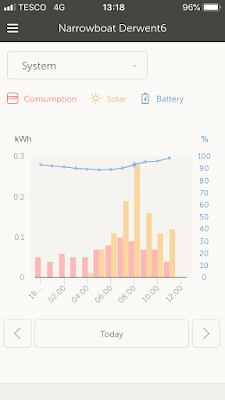 The Bluetooth is a good feature and it links all the component's together, but it will only work on the phones half the length of Derwent6, so now we can look at it anywhere and in greater detail.
So what problems have we had you ask? Well we have a problem when cruising with the batteries getting very warm at 38 degrees and it triggers an alarm and turns of all the charging circuits. This is a good thing because the system is working and it turns out to be the solar panels causing the problem.. When the alternator has charged the lithium batteries to 100% the solar panels go into float mode but still keep putting into the batteries.. So now we just turn off the solar when cruising which can be done on the phone, so that's a nice problem to have.. Del is going to look at how he can turn the float charge down, which can be done using the VE config link to a computer.. All very technical!!!!
Posted by Del and Al at 4:51 PM