We set off from Hawkesbury Junction and had our first lock for ages all be it Sutton Stop Lock at only a foot deep.. 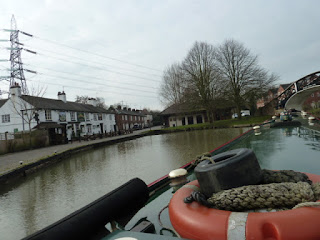 We then took the turn onto the Coventry Canal and headed north.. 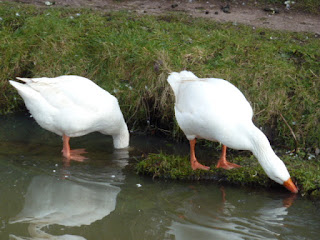 It was still so quiet and we idled pass the moored boats till we were on the open stretches being watched closely by the Stig in case we were speeding.. 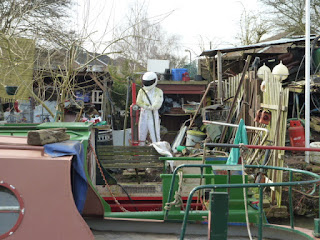 We manage the turn which doubles back on itself without touching the sides which was a bit of luck, but then we were clear to go up the Ashby Canal. 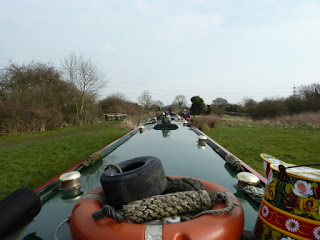 Our first impressions were Wow! They had done the towpath, cut back the hedges and trees and left all the wood for the boaters, Bingo!
There was plenty of moorings with everything cut back, and it made cruising very easy, but it was still a bit shallow in places.. 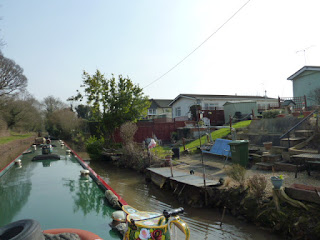 This canal is so pretty with its old castle stone bridges and it's lovely landscape, we love it, it just never seems very busy here.. 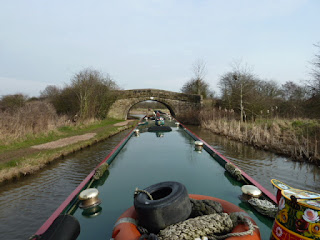 Hinckley had changed a lot with a lot of new houses in the area, and a big clean up operation had been carried out with the graffiti on the bridges removed. We soon got to Trinity marina and it was busy as usual at the Brewers Fayre. 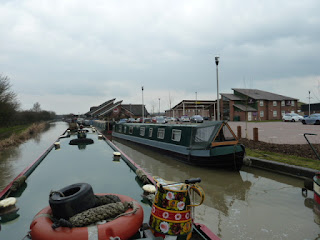 It was then back out in the countryside and by this time we were looking for somewhere to moor because it had turned a bit colder.. We passed the Ashby Boat Company hire fleet and squeezed through. 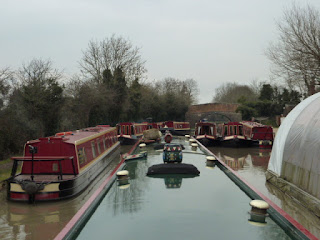 We pushed on to Stoke Golding and found a mooring which ticked all the boxes.. 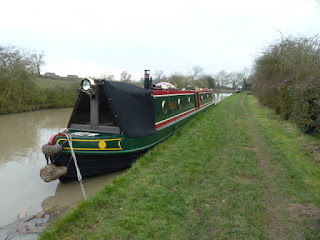 It was so inviting when you open the cabin doors, freezing cold, and the heat hits you where the log burner had been ticking away all-day, no wonder Tooty (the cat) had been snuggled up by the fire the whole trip.
We then watched the Rugby and Al made a lovely chicken curry to finish the day nicely.. At dusk the Tooter had spotted some ducks outside and tried his best to get to them. As it was getting dark we thought it wouldn't be a good idea, he still spent his time standing up on the table for a better view.. 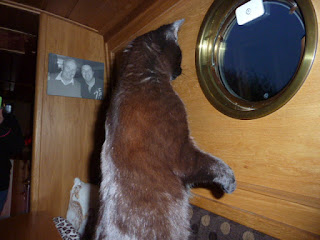 Tomorrow might be his first adventure on the towpath, and the net is ready!

Hi Del & Al,
Nice to see you back on board with a new crew member too! We will be back on board R&R on 12th March, we are going to go up the Ashby canal as we think it is lovely. We will hopefully do the middle levels & onto the Thames. Take care
Ann & Kev

Hi Ann & Kev, thank you, looks like you have loads to look forward to, its lovely to be back and hope to see you on the cut this year x